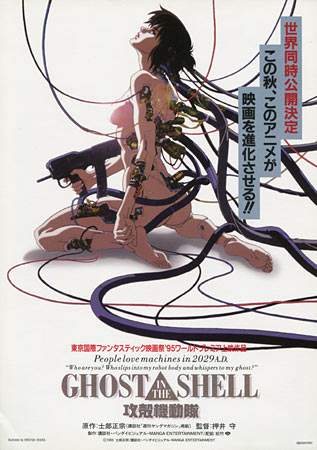 On November 18th, 1995, a certain anime film came out that changed the way we look at anime to this day. As anime fans, we owe it to a particular film for shaping how anime has been distributed and the limits on what it can become. We had to call in one of the big guns of anime podcasting, Gerald Rathkolb of the Anime World Order podcast, to discuss the impact that Ghost in the Shell left on the world since its release 20 years ago…

(0:00 – 16:40) Portrait of an Otaku – Gerald Rathkolb: Before we ever got into discussing Ghost in the Shell, we get to hear the backstory of how Gerald became an anime fan in the Virgin Islands. This brings is to know how much someone can hate windsurfing, what it took to own anime at your local Sam Goody, hating on Hanna-Barbera cartoons, how to FEEL THE ANIME POWER!, how the recorder isn’t a real instrument, and more.

(16:40 – 1:28:35) Review – Ghost in the Shell: Gerald takes us down memory lane going back 20 years at this point, where he explains how Ghost in the Shell affected the anime community at the time, and what brought in people to knowing anime. This of course gets us to talk about the Ghost in the Shell manga and other works by Masamune Shirow, and even say something about all the works of what came after Ghost in the Shell movie under the same name. We to spoil a bit of the film in terms of thematic elements of what Mamoru Oshii was putting into the film, which might actually make watching Ghost in the Shell much easier to watch and understand. Gerald pretty much stole the show, but both host just let Gerald tell his stories of high cyberpunk adventure. We also once again bring back the need for you listener to read Brian Ruh book. This of course gets off topic on the good ol’ days of anime being only sold at brick and mortar stores, discussing bloody Italian movies, how Digimon should be with the rest of the anime titles in your local video store, Mamoru Oshii as a director in general, Rumiko Takahashi is a HACK MANGA AUTHOR! THE TRUTH of Evangelion and Christianity, live action anime talk (here we go again…), Harmony Gold hate, Sci-Fi Channel anime censorship, and so much more…

(1:28:35 – 1:43:27) Closing Remarks: Gerald vents on how great Metal Gear Solid V is, which also led to Konami hate, how free to play games are terrible for you, Chris Chan and his transgender amiibos scam, Dustin getting a wisdom tooth pulled, and Dustin also calling out Gerald on his Giant Gorg review.

We should also note, Dustin was able to post up some Ghost in the Shell related things on the internet recently, where he posted the latest blog post at the Anime of Yesteryear Blog of the Animerica Ghost in the Shell issue, and also did a write up at his new blog The Cyber Funker mentioning briefly the impact of Ghost in the Shell. So check those links out!

ED – The net is vast and infinite…

When you have references in anime from other science fiction shows, it must be good right?

This is all you need to know about Mamoru Oshii movies, DON’T GO PAST THIS EVER!!! 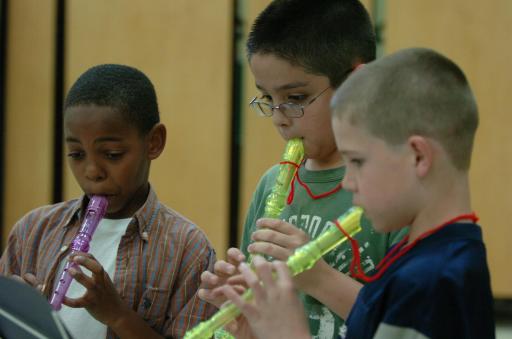 THIS IS NOT A REAL INSTRUMENT, GERALD SAID SO!!!

Also known as: “If I were a teacher, I would never accept this!”
and also: “That’s my birds closing remarks I guess…”

Even though (Pat) Labor day weekend was earlier this month, we made sure to celebrate it the right way here on this podcast. We decided to bring in our other Indiegogo contributor Cody Billings to cover the highlight film of the Patlabor series, Patlabor 2: The Movie.

(0:00 – 49:45) Indiegogo Perk Review – Patlabor 2: The Movie – This was recommended to us by Cody, which couldn’t have happened at a better time during the year. Patlabor 2, depending on how much you like Patlabor, is considered by the few die-hard Patlabor fans out there as one of the best in the series. To even go as far to give its director Mamoru Oshii credit, this might be one of his finest anime movies. You can also listen in on our old review a couple of years back about Patlabor: The Movie from our days at the CyberNauts Cast. Patlabor 2 is able to tackle the social and political troubles of Japan during the early 1990’s by cleverly packaging them into this movie story and plot. Zeonic has used this film as a reference in more than one school project, which he used Brian Ruh book, Stray Dog of Anime: The Films of Mamoru Oshii, in his Contemporary Art class last spring in order to dive into Oshii complex narratives in his films to fully understand what the director is trying to say. This gets us into discussing more of Oshii works, the UNTAC, Khmer Rogue and 2-26 incidents, works of Peter Marinker, Oshii use of biblical scripture, and more.

(49:45 – 1:17:53) Closing Remarks – We all seem to have closing remarks in this segment, even our mascot has something to say. Jonn mentions the latest with Love_That_Goku, Chris(tine) Chan goes to OmegaCon, Zeonic discusses Metal Gear Solid 5, Cwcki bashes an old school project of Zeonic, Cody mentions him coming Straight Outta Compton, more hot air about our backstory episode (and maybe a secret code involved?), the TRUTH behind the Artist of Yaoi Podcast, Cody getting the best edition of Naruto, and much more!!

The IF YOU BELIEVE IT Fanart Edition of Naruto

The Ultra Rare AoY Podcast “IF YOU BELIEVE IT!” Collectors Edition of Naruto!!!

Also know as: “What does he do… Video Games?”

Well, here we are in the middle of the anime convention season, and already some of us here at the podcast have done our time at these big conventions. This time we have Daft and another guest Cloud to cover their experience at Anime Boston…

(0:00 – 1:19:45) Spring Convention Report – Anime Boston 2015: This is the first of our con reports that will be coming out in the coming weeks, as Daft and Cloud talk about the New England convention of Anime Boston. Daft tells about how it was to talk to Richard Epcar, going to panels hosted by Harmony Gold, Daft hosting his own panel, and that Anime Boston is SECRETLY PART OF A CONSPIRACY TO SHOW OFF IT’S ULTIMATE FORM, STANDING IN LINES!!!! Cloud mentions how he got screwed over in doing a panel, plus the two mention other complaints about the convention regarding from security to disabled people online talking about their gripes with the con. But, aside from that, they both seemed to have fun.

(1:19:45 – 1:52:43) The Lolcow Hour/Closing Remarks: It shouldn’t come to anyone’s surprise that the rest of this time is dedicated to still trying to talk about and uncover more information on Chris(tine) Chan ultimate objective in life.

This JoJo’s fight about to go down…

Also known as: “…The weeaboo is so annoying that Alucard just has to kill himself and I win.”

This podcast has been granted a special opportunity for product placement promotion. What I mean by that is the company Skybound was interested in sending us their latest card booster for SuperFight! which is now appearing at Anime Expo. So, this is a whole podcast dedicated to us talking about SuperFight! The Anime Deck. Oh yea, happy ‘murika day too, almost forgot about that…

(0:00 – 39:00) I put my Waifu in DEFENSE MODE!!! SuperFight! Review: This is a basically an episode of Zeonic and Jonn playing a card game over Skype, with the help of the most honorable Judge Dori to decide who is the victor in all 5 rounds of SuperFight! After a few coin tosses and elements of losing clothing at Anime Expo within the game, both contestants came out having a good time, all the while talking about other anime fans out there. This gets us in talking about certain real weeaboos on the internet, why can’t cats pilot Evangelions, and waifu’s affecting Shinigami.

(39:00 – 58:45) Closing Remarks: This is stating some news that broke at Anime Expo about Sentai getting more Gundam series, our podcast adversaries at the Artist of Yaoi Podcast, newest Chris Chan stuff and much more.

ED – The final SuperFight! has already been won…

This is what we tried to do with Google Hangout… and that failed. Know what, it was for the best…