Also known as: ” Seriously, what kind of business is this?? Her whore house? House of the Used should just be her vaginas name.”

This is a special episode as we were reached out by the main directors of the upcoming UwUCon. Please join UwUCon Executive Director Preston and Assistant Director Lauren Knight as they take their time to promote and discuss the upcoming convention hitting the Mesa, Arizona area the end of October of 2022. That is of course just the first half of this interview, since the last half is filled with convention talk, movie rental store stories from Hollywood Video and Blockbuster Video, and cops cracking down on street racers!

On November 18th, 1995, a certain anime film came out that changed the way we look at anime to this day. As anime fans, we owe it to a particular film for shaping how anime has been distributed and the limits on what it can become. We had to call in one of the big guns of anime podcasting, Gerald Rathkolb of the Anime World Order podcast, to discuss the impact that Ghost in the Shell left on the world since its release 20 years ago…

(0:00 – 16:40) Portrait of an Otaku – Gerald Rathkolb: Before we ever got into discussing Ghost in the Shell, we get to hear the backstory of how Gerald became an anime fan in the Virgin Islands. This brings is to know how much someone can hate windsurfing, what it took to own anime at your local Sam Goody, hating on Hanna-Barbera cartoons, how to FEEL THE ANIME POWER!, how the recorder isn’t a real instrument, and more.

(16:40 – 1:28:35) Review – Ghost in the Shell: Gerald takes us down memory lane going back 20 years at this point, where he explains how Ghost in the Shell affected the anime community at the time, and what brought in people to knowing anime. This of course gets us to talk about the Ghost in the Shell manga and other works by Masamune Shirow, and even say something about all the works of what came after Ghost in the Shell movie under the same name. We to spoil a bit of the film in terms of thematic elements of what Mamoru Oshii was putting into the film, which might actually make watching Ghost in the Shell much easier to watch and understand. Gerald pretty much stole the show, but both host just let Gerald tell his stories of high cyberpunk adventure. We also once again bring back the need for you listener to read Brian Ruh book. This of course gets off topic on the good ol’ days of anime being only sold at brick and mortar stores, discussing bloody Italian movies, how Digimon should be with the rest of the anime titles in your local video store, Mamoru Oshii as a director in general, Rumiko Takahashi is a HACK MANGA AUTHOR! THE TRUTH of Evangelion and Christianity, live action anime talk (here we go again…), Harmony Gold hate, Sci-Fi Channel anime censorship, and so much more…

(1:28:35 – 1:43:27) Closing Remarks: Gerald vents on how great Metal Gear Solid V is, which also led to Konami hate, how free to play games are terrible for you, Chris Chan and his transgender amiibos scam, Dustin getting a wisdom tooth pulled, and Dustin also calling out Gerald on his Giant Gorg review.

We should also note, Dustin was able to post up some Ghost in the Shell related things on the internet recently, where he posted the latest blog post at the Anime of Yesteryear Blog of the Animerica Ghost in the Shell issue, and also did a write up at his new blog The Cyber Funker mentioning briefly the impact of Ghost in the Shell. So check those links out!

ED – The net is vast and infinite…

When you have references in anime from other science fiction shows, it must be good right?

This is all you need to know about Mamoru Oshii movies, DON’T GO PAST THIS EVER!!!

THIS IS NOT A REAL INSTRUMENT, GERALD SAID SO!!! 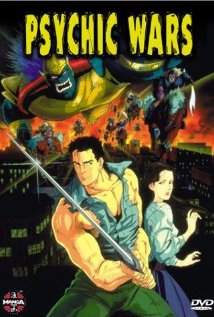 Also known as: “Getting intimate with Vincent Baker…”
and also: “He punches the crap outta cancer!”

It is once again the start of Con season for the podcast, as Zeonic takes his yearly leave for this years Nashicon. Of course this episode will mark a historic landmark, as a live person enters the podcast “studio” (a.k.a., Zeonic room) to do a live recording with us. Let’s just say, we will do better next time. So, join us and our special live guest Vincent Baker from Otherworlds as we do our convention review and anime review of Psychic Wars.

(0:00 – 27:44) Convention Review – Nashicon 2015: This might be the first time ever that a con report is less than 30 minutes long, only because there wasn’t too much to gripe about. Both Zeonic and Vincent felt that the con stepped their game up in terms of getting good guest like returning champion Spike Spencer and newcomer Kyle Hebert to stop by Colombia S.C. What sweetened the pot even more was that Windjammers was available, so of course Zeonic got his fill of FLYING POWER DISK-U. We also mentioned the issues with how certain panels were ran this year, our guest Vincent discussing his upcoming game,  switching out to another mic in the studio (which… wasn’t a good idea), and Vincent discussing Triad Anime Con as being a featured guest there.

(27:44 – 43:51) Interview – Vincent Baker: So this interview was conducted behind the registration booth at the con since Zeonic saw it as the least chaotic area in the convention to talk to Vincent. Vincent was able to sit down and answer some questions and go into details about the Otherworlds game, which the Kickstarter to that will be updated on this post when it gets released on May 1st. So if your interested in the game, please give him all your money (or what you realistically want to give).

UPDATE! (May 2nd): Here is the link for the Otherworlds Kickstarter, so if you want to contribute, just click here to go to the Kickstarter page!!

(43:51 – 46:04) Podcast Promo’s: Our last promo was from February, so it’s high time we do another one. Alpha Counter has been keeping current with their once a week schedule for shows, which this latest episode is about upcoming films this summer. Anime World Order recently put out an episode reviewing The Anime Encyclopedia 3rd Edition, which even our latest promo aired on their episode, so thank you AWO gang! In other big news, the Daily Anime Podcast has released some more episodes, with Parasyte The Maximum and more Legend of Galactic Heroes talk.

(46:04 – 1:16:53) Review: Psychic Wars OVA: This was an anime that Jonn mentioned in our Crystal Triangle episode, which prompted Zeonic to watch it at 1 a.m. the night before. Regardless of this anime’s flaws, it is able to tackle one issue in question that is a worldwide cause of concern, and that is how to properly cure cancer. Of course this gets us off topic to talk about how to play the Shemue games, closing remarks on Chris(tine) Chan status update, proper tooth care, and briefly mentioning Chris Chan to Vincent, which he doesn’t need to honestly know. All this and more in this weeks episode.

OP2 – Time to dawn on our Jesus powers to punch cancer…

ED – After seeing this anime, we are now true veterans of The Psychic Wars…

This anime…. at its purest form…

The panel about Studio Ghibli is literally a documentary someone just popped in a DVD and left #nashiconpic.twitter.com/GJcVgtLNBN

Finally was able to best Dustin of @AOYPodcast at this game. XD pic.twitter.com/76yWQegyws

The day has finally come, where we make our 50th Podcast episode. And what better way than to do a recorded interview with a video game voice actress like Lisle Wilkerson. You wanna know something else, this was recorded 3 months ago at the end of May, and we still have a back log of recordings. At least it shows that we will not run out of content anytime soon…

(0:00 – 59:06) Interview: Lisle Wilkerson – We are humbly joined by the voice talent behind the recent voices of Christie Monteiro and Sarah Bryant in the most recent games of Tekken and Virtua Fighter (oh yea, don’t forget about Shenmue 2 now). Of course, to anyone who plays those games, it’s hard to focus on the voice behind the 3D model that is countering your attack for the tenth time in a ranked match (remember Joy in Shenmue 2? Yea, DON’T FORGET ABOUT SHENMUE 2). We of course ask Ms. Wilkerson questions on how she was able to get her foot into the door of video game voice acting, what is the voice acting world like currently,  what it was like growing up in Japan, working with Bill Murray in Lost in Translation, chatting about her works in video games (like Crazy Taxi and OF COURSE SHENMUE 2!!), being in fixed boxing matches, the current life of Calf., her upcoming (really past) con schedule for this year, and old school anime talk. All this and more in this episode…

The terms Lisle used in this interview for the Japanese language inclined:
Hafu (ハーフ)
Kikokushijo  (帰国子女)

Anime titles that are fond of Lisle and that we even mentioned to her:
Candy Candy
Attack Number 1
Aim for the Ace
Doreamon
Hello Kitty
Gunbuster
Space Adventure Cobra
Ashita no Joe