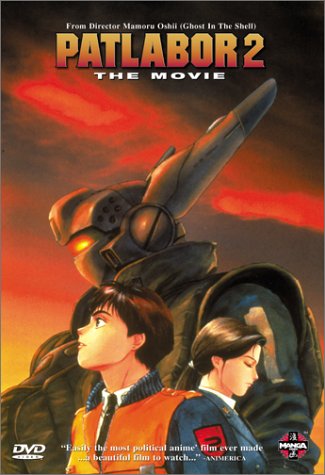 Also known as: “If I were a teacher, I would never accept this!”
and also: “That’s my birds closing remarks I guess…”

Even though (Pat) Labor day weekend was earlier this month, we made sure to celebrate it the right way here on this podcast. We decided to bring in our other Indiegogo contributor Cody Billings to cover the highlight film of the Patlabor series, Patlabor 2: The Movie.

(0:00 – 49:45) Indiegogo Perk Review – Patlabor 2: The Movie – This was recommended to us by Cody, which couldn’t have happened at a better time during the year. Patlabor 2, depending on how much you like Patlabor, is considered by the few die-hard Patlabor fans out there as one of the best in the series. To even go as far to give its director Mamoru Oshii credit, this might be one of his finest anime movies. You can also listen in on our old review a couple of years back about Patlabor: The Movie from our days at the CyberNauts Cast. Patlabor 2 is able to tackle the social and political troubles of Japan during the early 1990’s by cleverly packaging them into this movie story and plot. Zeonic has used this film as a reference in more than one school project, which he used Brian Ruh book, Stray Dog of Anime: The Films of Mamoru Oshii, in his Contemporary Art class last spring in order to dive into Oshii complex narratives in his films to fully understand what the director is trying to say. This gets us into discussing more of Oshii works, the UNTAC, Khmer Rogue and 2-26 incidents, works of Peter Marinker, Oshii use of biblical scripture, and more.

(49:45 – 1:17:53) Closing Remarks – We all seem to have closing remarks in this segment, even our mascot has something to say. Jonn mentions the latest with Love_That_Goku, Chris(tine) Chan goes to OmegaCon, Zeonic discusses Metal Gear Solid 5, Cwcki bashes an old school project of Zeonic, Cody mentions him coming Straight Outta Compton, more hot air about our backstory episode (and maybe a secret code involved?), the TRUTH behind the Artist of Yaoi Podcast, Cody getting the best edition of Naruto, and much more!! 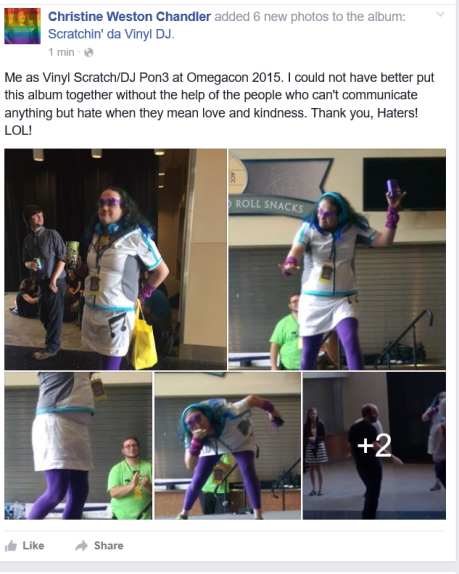 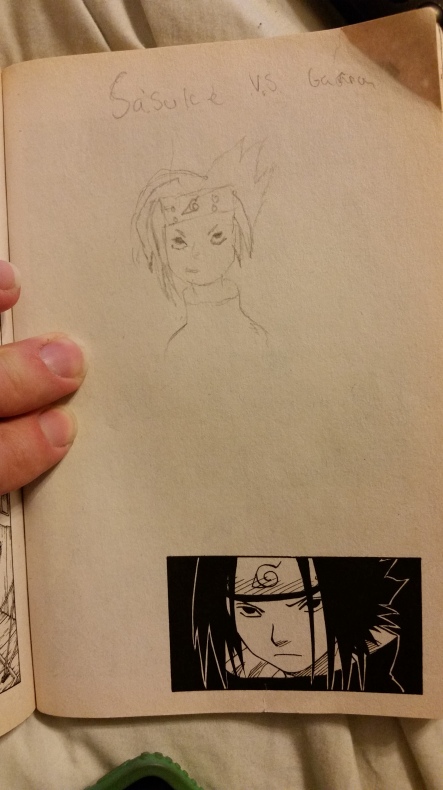 The IF YOU BELIEVE IT Fanart Edition of Naruto 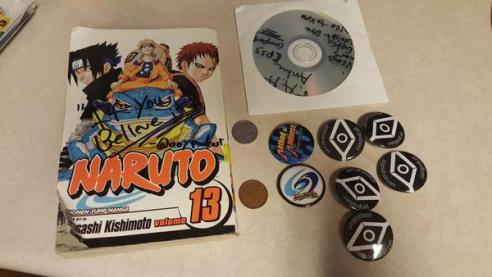 The Ultra Rare AoY Podcast “IF YOU BELIEVE IT!” Collectors Edition of Naruto!!!

Also known as: “Paul Blart… The Alien…”
and also: “You know who’s real bad about the women’s issues… THEM MUSLIMS!”

Get ready to stare into your alien scouters in order too resurrect an old enemy, because this time Dustin and Jonn review the ULTIMATE REZUREKT’N of Dragonball Z: Resurrection of F!

(0:00 – 48:49) Blockbuster Anime Review – Dragonball Z: Resurrection of F: As of this recording, this latest Dragonball Z movie is ranked 9th according to this list of top grossing anime movies of all time. Both hosts were able to see the films and have some good remakrs to say about it. Despite Toei being the cheapest anime company out there (more so than CPM’s legacy), they’re able to continue drawing in more of the western audience into theaters to see a Japanese cartoon for being the most well known Japanese cartoon to ever exist. Other than some spoilers to recap the movie, Jonn has to explain to Dustin the entire complexity of DBZ canon vs. non-canon to him. This of course brings us to talking about One Piece and the real TRUTH behind the Garlic Jr. Saga… well not really.

(48:49 – 1:30:28) The Republican National Closing Remarks Debate: For some unknown reason, Jonn and Dustin sit down and dissect the big Republican Debate back in August, and really just talk about the great mystery on how number one real estate NYC gangsta Donald Trump is ahead of every politician ever. Dustin also says RIP to a notable anime fan of his day, Robert W. Gibson, which you can check out his convention stories over at Hokuto no Fogie, and last year’s interviews with Tim Eldred and Anime World Order, to see what it really was like to be an early anime fan. Also stay tuned for the “zinger” after the song for Daft’s great plan to open up a “board game bar,” and how geek bars might be bad idea’s all around. All this and much more in this weeks episode…

OP – Everyone try and be like Goku these days…

ED – Why anime should be created by metal bands…

Yea, that’s all you really need to know about the Frieza saga…

Well, that explains everything about DB Super in one image…