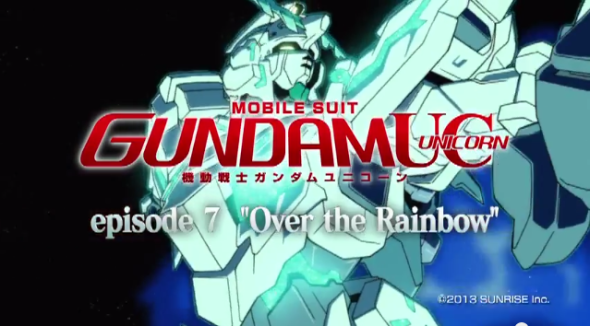 Also known as: “That must be the worst kind of hell ever to chase after Lalah forever…”

Well, this is going to conclude our Gundam Month segment for quite a while, until there is new Gundam to come out to talk about. After over three years of podcast’s between different names and people, we are here to finally finish out our Gundam Month segments; as we dive into the newtype rainbow of Mobile Suit Gundam Unicorn Episode 7: Over the Rainbow.

Gundam Unicorn 7 was able to answer some questions to a lot of Gundam fans as to “kinda” tell what happens after Char’s Counterattack, as we discuss the events and story behind this final OVA spanning over 4 years now. You can expect to find giant mobile armors with TONS AND TONS OF GUNS EVERYWHERE, newtype acid trips, newtype ghosts, colony lasers, and how newtypes were destined to have political positions. We were able to have Andy from the Daily Anime Podcast join us to talk about this OVA, which got us to talk about the new Godzilla movie in the beginning of this recording, angry autistic’s on tumblr, autistic’s against Funimation getting Gundam, catching Andy up on our favorite LolCow, us bro’s having bro crushes on Suichi Ikeda, (I ment to say George Washington not Thomas Jefferson for those history people out there, my bad), how smoking is an issue in Universal Century (the quote is found somewhere on this page but I’ll post the quote after this paragraph), bad writers and more general Gundam talk plus more than that.

Here is the quote Jonn used in his closing remarks: “The poison called tobacco, which was once almost extinct in the old ages, still lingered in the days of Universal Century 0096. This was the result of tobacco quality improving as a result of the space age, like the reduction of tar to reduce the negative effects on the human body and the intricate machines, and the development of chemicals that combust at low temperatures in tobacco, but most people felt that the biggest reason for the revival of tobacco was the One Year War.”

ED – You can try and connect the rainbows all day, but you still might end up with nothing

Suichi Ikeda being Char all the damn time…

Jeff sent me this on skype, along with a story if you click on the text…

We are finally doing another anime marathon of sorts, where for once a month, for the next couple of months (or longer maybe), we will talk about some series/shows from some of the two biggest anime directors out there, Yoshiyuki Tomino vs. Ryouske Takahashi.

We start off with our discussion of Heavy Metal L-Gaim by Tomino, where we compare and contrast between the OVA’s and TV series. We then go right into a Takahashi show from not that long ago called Blue Gender. Some of the discussions include how people can pilot a robot from a KORG machine, total 80’s fashion, subtitle issues, anime wraslin, annoying characters, how something can be almost like Starship Troopers, censorship in a TV series and much more. We also go off topic on things like recent anime start up companies, taking an early look at Funimation, DBZ side talk and other Takahashi shows we will cover down the road. All this and more in this weeks episode.

Side Note: I know I said the words “Takahashi vs. Tomino Month” in the intro, but this is gonna go on longer than that, and I ment to say segment. But, if you know our track record, you probably won’t hold that against us, which is cool. I should just edit it out, but OH WELL!

EYECATCH – How to sing an english anime intro… 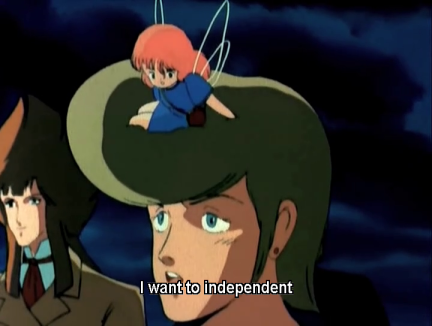 You and Ron Paul both man… 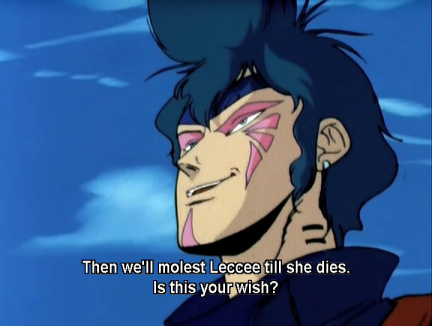 It was my grand desire all along…

Yea… because of size and all… you know…

And it seems to be SUPER EFFECTIVE!!!!

Japan knew their American music artist back then didn’t they… 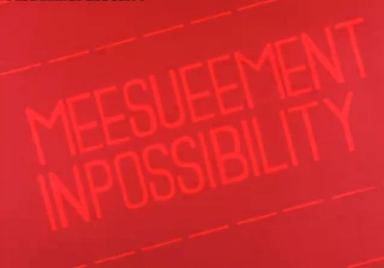 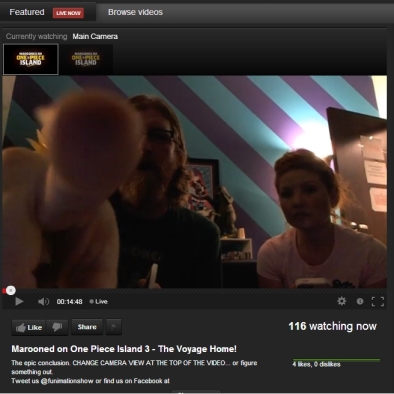