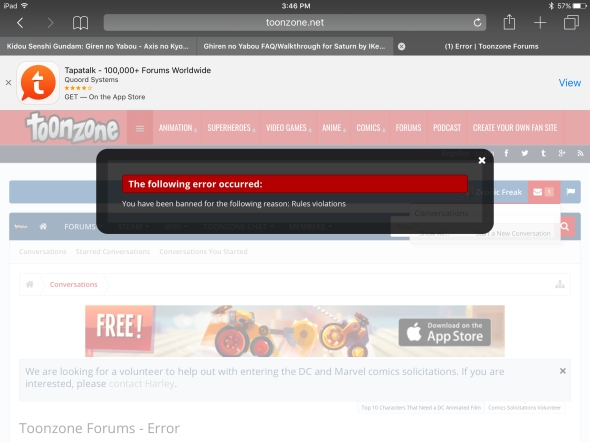 What better way to celebrate the unfreezing and carving of turkeys, stuffing yourself with bread stuffing, and parked in front of the couch to watch the Cowboys play whoever-the-hell on the tube. To people outside of America that don’t celebrate this holiday, you can celebrate it with our review of Magic Users Club TV by RightStuf!

(0:00 – 1:23:18) Holiday Review: Magic Users Club TV – The folks over at RightStuf found it rather giving in their hearts to send us over our copy of Magic Users Club to review, this time the television series. The show works the same as it did in our OVA Review a handful of episodes ago; girls with magic flying around and trying to save things. Our co-hosts Dustin and Jonn had their particular likes and dislikes on the show, with Jonn favoring it over Dustin’s tastes. All in all, it’s a fun, dumb show that certain people would really enjoy in the end, and we cover all the show has to offer. The hosts also happen to be side tracked on their broom ride review with topics like bloopers on anime DVD’s, Dustin explains what he believes THE TRUTH was really like behind those Central Park Media doors, Risenbool Rangers is the American equal to the Aburatsubo fanclub, anime DVD’s that can’t label for crap (“I’M CALLING YOU OUT A.D.V, YOU KNOW WHO YOU ARE!!!” -Dustin), Arcade Mania!, Eurobeat/Ganguro fashion, pissed off Bleach fandom and more.

(1:23:18 – 1:25:50) Promo’s – We do our usual fare for telling people to check out RightStuf! site for the best deals on anime, as well as the Holiday Sale happening RIGHT NOW! But WAIT, THERE’S MORE! We are also promoting AnimeCart, an online retailer that can hook you guys up with your anime merch needs! Need a love pillow, cosplay accessory, or DBZ figure? They Got it! By using the promo code said in this segment, you can receive %10 percent off your orders, which your sales will come back to us off anything your purchase from AnimeCart. So if you want that promo code, listen to this promo section in this episode to get it. There is also the URL link on the side bar to purchase items that will help us out under the Affiliate tab, and I will POST THAT LINK RIGHT HERE IN THE BOLD TEXT!!

(1:25:50 – 1:54:14) Closing Remarks – Seeing how this is old information from freaking August, we mention our thoughts on different ideas on religion, how Ghost from TCR becomes a Demon because Homeland Security DOUBLE DIPPED DA CHIP!, Dustin internship this semester, RightStuf Gundam merch talk and more!

OP – We’re at this magic once more… 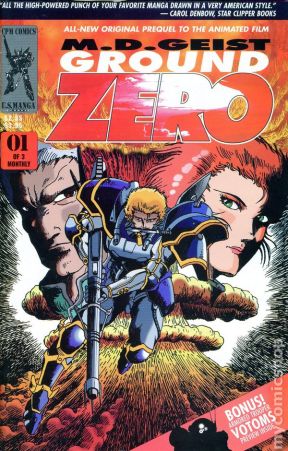 “BEST VHS COVER IN THE WORLD, THIS WILL MAKE ME MILLIONS!” – John O’Donnell

The rise and total fall of Bleach fandom…