Also known as: “I wanna hit you…with my man meat, inside you…that’s what I mean…”
And also: “Intergalactic space aliens are taking over your hard drive right now, I can see it through the system analysis and uuuuuuuhhhhhh…”

There is no excuse as to why we missed the entire month of September to put out a review. Other than the hosts blaming it on “bizarre” circumstances, this time we talk about JoJo Bizarre Adventure: Stardust Crusaders.

(0:00 – 1:02:45) Review: JoJo Bizarre Adventure: Stardust Crusaders – This particular 3rd arc of the series is what anime fans have known what JoJo’s been for over 20 years at this point, and with its airing run finished up on Toonami, Jonn and Dustin get around to covering the series. This mostly goes into the arc history of marketing in the states, and to capture notable moments in the show. This also includes our own apologetic ad for RightStuf.com, Toonami shows talk, and the craziness thereof.

(1:02:45 – 1:59:00) Closing Remarks – This gets the hosts to talk about the removal of Alex Jones from all known forms of social and mainstream media, which only prompts Dustin to summon his Alex Jones impersonation stand once again. This includes QAnon talk, that Unite the Right movement near Otakon, Gab.ai threat to be taken down, internet censorship talk, Candace Owens/Sarah Jong tweets, Dustin has beef on one of his AMV’s taken down by AVEX on Youtube, and what Smash Bros characters are/aren’t gay. All this and more in this weeks episode. 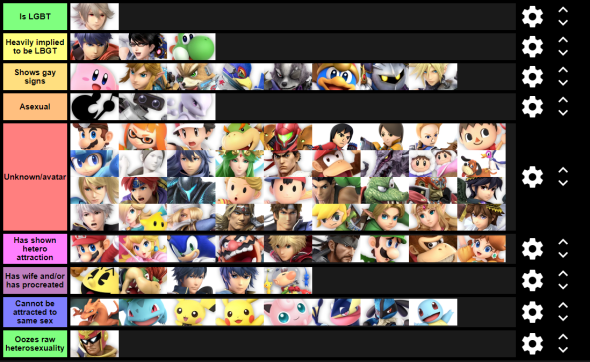 What the hell is this autistic mess?