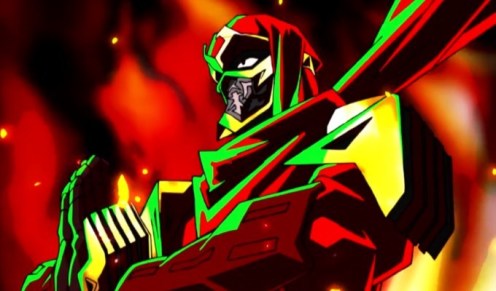 Here we continue more of our discussion of the spring anime season, where Zeonic is absent from this recording as he’s gradually recovering from his crazy weekend at Animazement. However Jonn, Josh and Daft take the reigns to discuss more about not only the anime in the spring, but also from previous anime seasons still going on.

(0:00 – 35:15) Series from previous Anime Seasons Review: The gang talks about shows from both the Fall and Winter anime seasons, both new and continuing with Assassination Classroom, Comical Psychosomatic Medicine, Jojo’s Bizarre Adventure: Stardust Crusaders, I Can’t Understand What My Husband Is Saying, The Disappearance of Nagato Yuki-Chan, Nisekoi, and My Teen Romance Comedy Snafu Too. They also discuss sites dedicated to finding everything wrong with professional subtitles, opinions on Haruhi Suzumiya, and much more.

(35:15 – 1:43:02) Spring Anime 2015 List Review: Here is where we review every other anime but Rinne, because that was already covered in our last episode. So for the full list we have Arslan Senki (The Heroic Legend of Arslan TV), Ultimate Otaku Teacher, Is It Wrong To Pick Up Girls In a Dungeon?, Gunslinger Stratos: The Animation, Sound Euphonium, Blood Blockade Battlefront, Ninja Slayer: The Animation, My Love Story!!, Seraph of the End: Vampire Reign, Plastic Memories, Punch Line, Food Wars and Show by Rock!! This also gets the gang into discussion the latest on Chris Chan court dates and how he went to a club, people on Twitter, how Charlie Hebdo was an inside job, general conspiracy theory talk, and much more.

(1:43:02 – 1:59:16) Podcast Zinger: This was pre-review stuff that happened before anyone really started to review anything. This involved discussing Penguins Memory and a past reviewers obsession over it, talking about stuff Josh hasn’t seen, how Daft is too lazy to edit podcasts and doesn’t understand how they work, and much more. (aka, Daft, it does NOT take an hour for me to edit any episode I ever do – Zeonic)

ED – And were rocking out to this Spring Anime…

“The phrasing hurts worse than I imagine a vomit-induced abortion would. Likely has a worse aftertaste too.” – Autistic Crymore Rant…

This entry was posted on 05/29/2015 by zeonicfreak. It was filed under Anime, News, Other, Reviews and was tagged with 2015, Chris Chan, Crymore.net, Penguin Memory, Spring Anime, Studio Trigger.