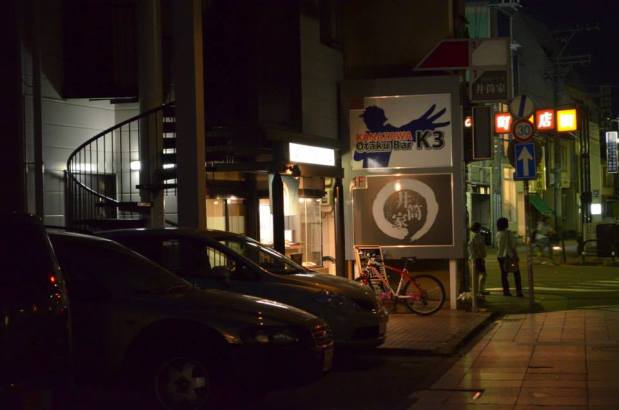 If there is one thing that anime fans would ever agree upon as a community, it’s that every person who likes anime wants to go to Japan once in their lives. It is a second desire that tags along with liking Japanese cartoons, and fans will do just about anything to see the land of the rising sun when given that golden opportunity to go. That moment was able to finally come to Zeonic, when he went on a university trip to Kanazawa, Japan to finally accomplish that life goal of being an anime fan for 15+ years.

(0:00 – 1:26:03) –  Zeonic tells his journey over the pacific to the land of the rising sun, which is full of airline stupidity, stopping in Jonn’s backyard, getting In n Out of LAX layovers, and people who steal his pillow somewhere over the pacific. Of course upon arriving in the land of otaku milk and honey, he mentions how he does English Q&A on a high school play, what his experience was like teaching English to the Japanese, talking about anime translation differences between east and west with other people, and getting on the Japanese evening news.

Promo Break (1:26:03 – 1:28:15) – Since this is a pretty long episode, I got 3 podcast promos for you to listen too. I decided to get things off with the anime podcasting champions of the Anime World Order podcast, followed by the only great anime promo I have ever heard of from The Daily Anime Podcast, and then giving a shout out to our bro’s over at Alpha Counter. In other words, these guys are better than us even on our best days, so check em out.

(1:28:15 – 2:22:52) – After the promo break, Zeonic tells his personal experience with getting involved in the ultimate bonding experience with the Japanese society; by going to a local bathhouse. This also leads too seeing a typical bingo night, talking about the sights and shops around Kanazawa, the city local festival, and even more flight issues coming back home. We also happen to divert off the podcast flight plan to mention that Violence Jack is licensed by Discotek Media, what North Korea podcasts would be like, which leads to a nose dive into talking about terrible Korean anime (and the poor suckers who review it.) All this and a whole lot more to be stored in your overhead podcast compartment.

It would be super annoying to post up every photo on the post on this site. So just click on the text to go to the photo album in my facebook profile (which is more than likely gonna have to have you long into facebook, because that’s just how things work).

This entry was posted on 06/30/2014 by zeonicfreak. It was filed under News, Other and was tagged with Discotek Media, Gundam, In n Out, Japan, Kanazawa, LAX, Tracy Morgan, United Airlines, Violence Jack.